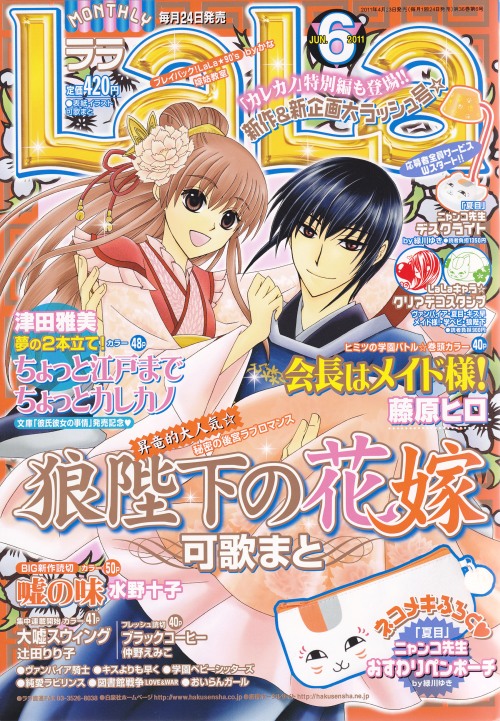 Hello! How are you?

Okay, well, back to me. Jokes. Here we have the Lala June issue for this year with The Wolf King’s Bride taking the covet role of being on the cover – it seems although they’re always in that pose. Regardless, its pretty!

Not much new news, but I think this deserves a mention. I think everybody knows already but there will be a special chapter of La Corda D’Oro in the July issue. I am, however a bit skeptical that it’s about Len and Kahoko.

And here we have the freebie time.

We have something from Natsume Yujincho. I find it ironic – there isn’t even a chapter from the serialisation but its Hakusensha’s cash cow so that explains it. 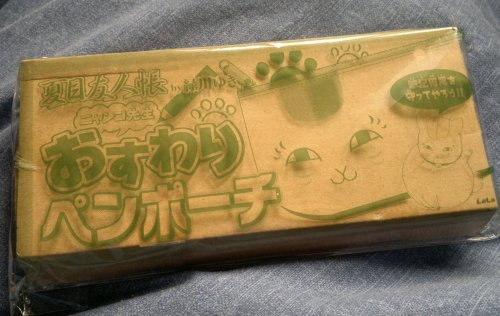 Yes, It’s nyanko-sensei once again. He’s the perfect character to use for extorting money. 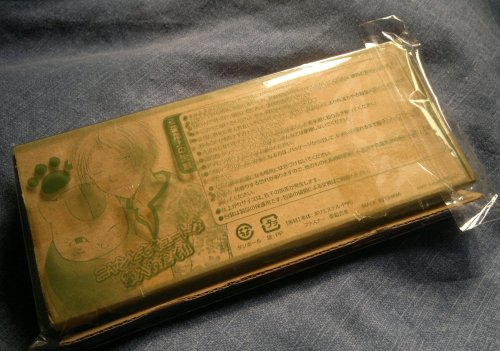 The back! Look at Takashi! (Ahem, all of you call him Natsume plez) 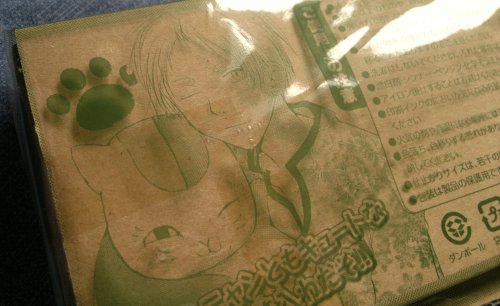 And the back. The fluffy tail was rather too fluffy I think, it’s hairs were flying around when I took the case out from the card-board. Freebies for you I suppose.

Featured serialisation/short stories in this Issue:

Faster than a Kiss by Tanaka Meca 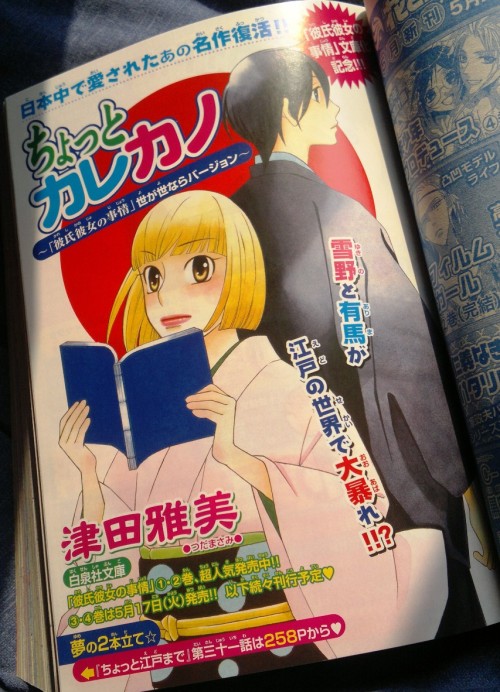 This was such a good addition! Kare Kano, Chotto Edo Made style! 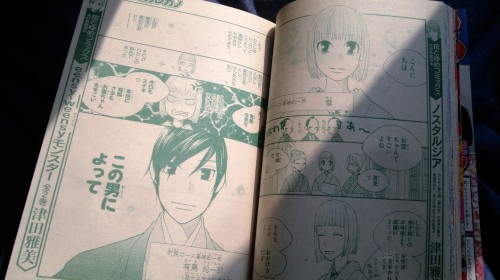 Chotto Edo Made by Tsuda Masami 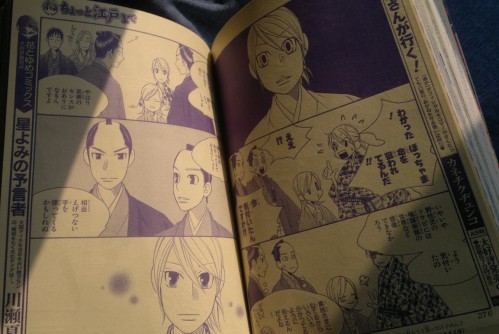 I really like how the heroine is always panicking about things, sort of reminds me of myself ^_^; Some nasty people are going to pop out next chapter – Have no fear Yuulin, your Wolf King’s gonna protect you. 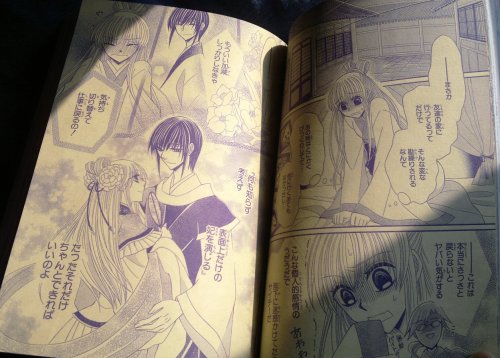 Faster than a Kiss by Tanaka Meca

Epitome of cute-ness. This chapter geared in on the twins again, Kazuma was ill, just look at him! Poor thing!!! I say, their father is such an awesome character xD. 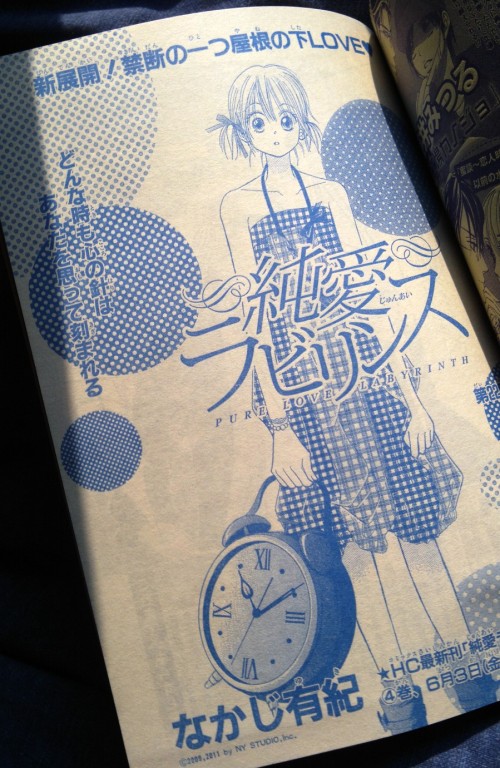 Awww, this was cute. 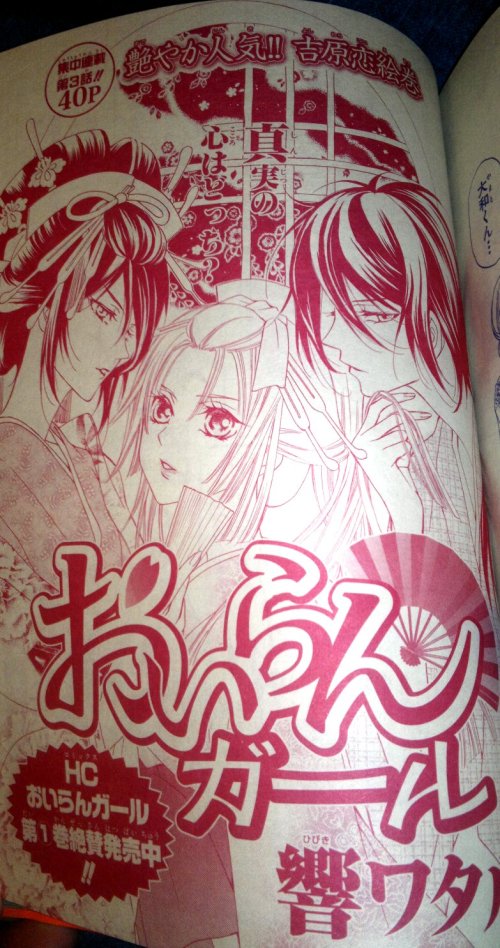 I found it hilarious! I added one more photo for display(as if that would make a big difference xD).

Hibiki Wataru-sensei will be coming up with a new story in Lala 8 so I guess we should all eat the delicious cake and wait for the next piece of cake to come. 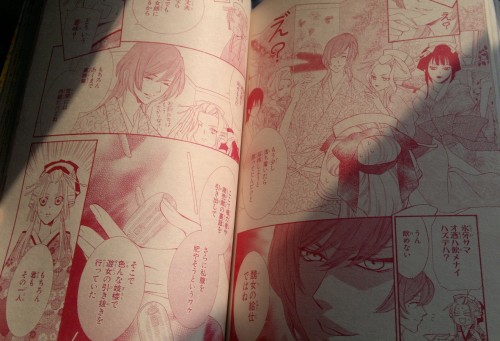 Been ignoring this for a quite a bit ^_^; I was planning to get the volumes released by Viz so that I can catch up on the story but so far that hasn’t happened. 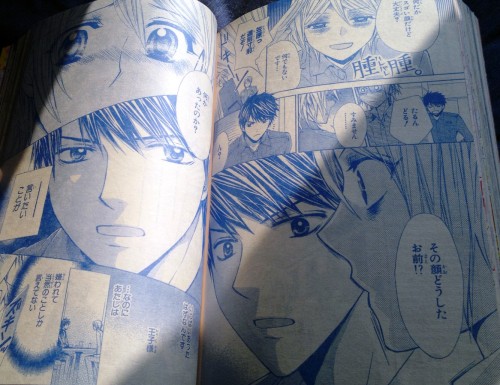 This was a nice one! 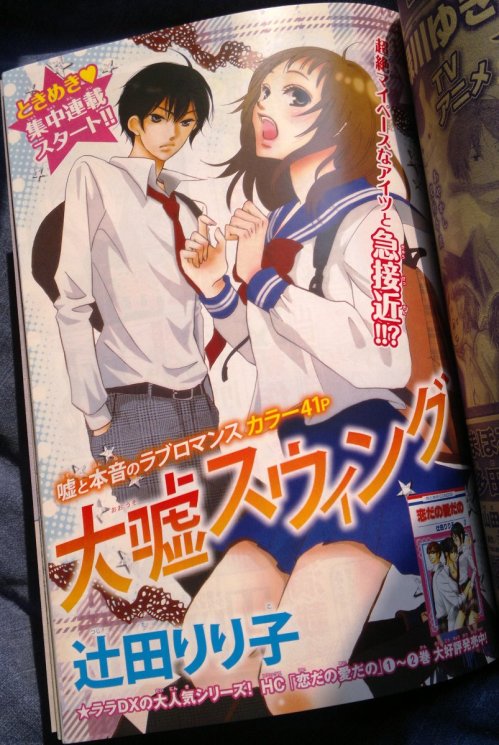 Tsujita Ririko’s new story! It’s going to be running on Lala monthly now. I wonder how will it progress since she has Koi dano Ai dono running as well.two high school stories at the same time… 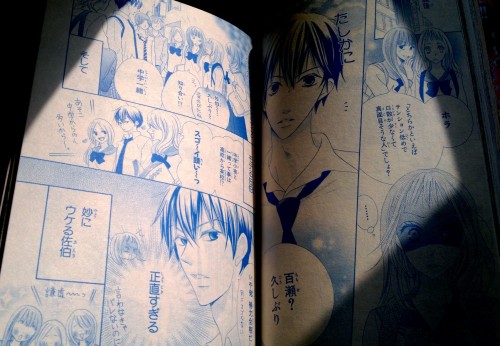 Love Nakado Emiko’s art but this one-shot was a bit normal for me. Heroine is some undercover hot-shot etc.

Until next time my lovelies!!! Have a wonderful May~