Ryuji Takasu has learned the hard way that appearances can be deceiving. Despite his inwardly sweet personality, his unintentionally sharp gaze and aggressive features give him the air of a delinquent thug, putting his chances at making friends, let alone a girlfriend, next to zero.

It’s Ryuji’s first day in junior high school and it seems as if things are looking up. He gets to sit in between his only friend, Yusaku, and, more importantly, the girl he’s secretly crushing on, Minori Kushieda. But just when he thinks the stars are aligned in his favor, he unwittingly crosses the most feared girl in school, Taiga Aisaku, making her onto his arch enemy. To top it off, Taiga has moved in right next door to Ryuji and happens to be Minori’s best friend! Can this school year possibly get any worse?!

I watched Toradora! a few days back and it seems inevitable for me to compare both form’s versions. In fact, I could basically call my little review here a comparison between both! Anyways, Toradora –  it’s about time I read a shounen manga which has love as it’s main theme. Either there aren’t that many or I just didn’t try looking for one, the latter being the more accurate. Well, I’ve never read that much shounen manga to begin with anyway.

The story follows two very misunderstood characters with very self-contradicting names and how they try win their crushes’ hearts. We also see them trying to battle their community imposed social positions within the school-o-sphere which is really quite entertaining! The overall plot-line follows a rather predictable(or if you’d like to use a fancier word, ‘classic’) plot-line and is what I call ‘the shounen way of getting couples together.’ By leading the winning pair into the unoptional hilarious scenarios which undoubtably, always work. END_OF_DOCUMENT_TOKEN_TO_BE_REPLACED

Asuka Masamune is a guy who loves girly things—sewing, knitting, making cute stuffed animals and reading shojo comics. But in a world where boys are expected to act manly, Asuka must hide his beloved hobbies and play the part of a masculine jock instead. Ryo Miyakozuka, on the other hand, is a girl who can’t sew or bake a cake to save her life. Asuka finds himself drawn to Ryo, but she likes only the manliest of men! Can Asuka ever show his true self to anyone, much less to the girl that he’s falling for? 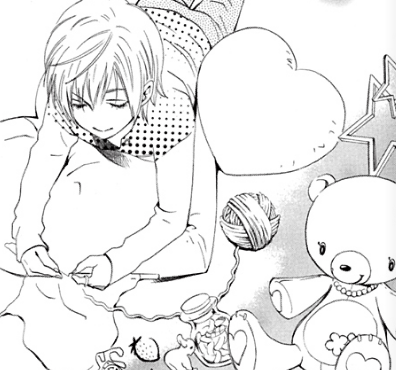 My goodness, when was the last time we posted one of our reviews? It must have been donkey years! Well, I do find them difficult to write – and when I finally do get down to it, I leave my draft to arawr for a whole check-up before it goes live (I’ve always wanted to say that – ‘it goes live,’ hehehe).

Otomen is among one of the tankōbon that I’ve bought blindly in the past (I don’t do that anymore) and I was lucky I enjoyed it! It’s a story that focuses on a male protagonist instead of a female, which is pretty rare for a shoujo/school life/romance manga (without action) – but what I found most appealing was the feminine qualities portrayed by this male protagonist that makes him Otomen. END_OF_DOCUMENT_TOKEN_TO_BE_REPLACED

Summary: Young Mikan runs away to Tokyo following her best friend, Hotaru, who has been enrolled in an exclusive, secretive private school for geniuses. But it turns out that Alice Academy is a lot more than meets the eye. If Mikan wants to stay by Hotaru’s side, she has to both pass the strange “entrance exam” and face the even greater challenge of befriending her very odd new classmates. Whether it’s Hotaru’s gift for inventing gadgets, the cranky Natsume’s fire-casting ability, or Professor Narumi’s control of human pheromones, everyone at the school has some sort of special talent. But what ability, if any, does Mikan possess? Mikan is going to have to rely on her courage and spunk if she’s going to stay in school, or even stay alive!

The last manga I reviewed was High School Debut; I selected it since school was about to start so I thought it was a good entrance for the new year! Now that our dear students are a few weeks back into class – probably moaning and dragging their feet around in school – I thought I’d review a manga which has a big twist on school life to make the lives of students more exciting.

Or at least, in their minds even if not in reality. END_OF_DOCUMENT_TOKEN_TO_BE_REPLACED