“As my love first came to realization, Word had already spread.” 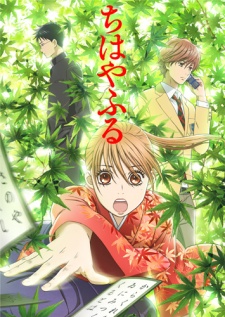 It’s kind of amazing how you look at something differently after watching it the second time. I spent yesterday and a bit of today re-watching the first season of Chihayafuru (and unbeknownst to me so was chungky). For those of you who don’t know it, Chihayafuru is a manga/anime about a bunch of high-school kids playing karuta. Karuta’s basically a game based around the hyakunin isshu, a collection of 100 poems by 100 poets.

Chihayafuru really changed for me when I re-watched it; most probably because my understanding of karuta was a lot better, but now that I knew some things were going to happen, I could pay attention to others instead. For example, there are times in the story where they use the poetry from the hyakunin isshu to illustrate the relationships between the characters; before I thought they were just pretty words that relate really well to the situation. But my second experience with Chihayafuru found the description to be so beautiful, I’ve quoted some of them in this post! 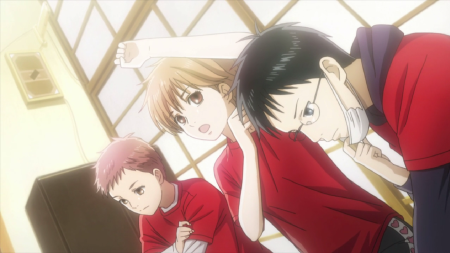 I read the Chihayafuru manga before the anime came out, and I’ve been captured by it from the very beginning. Maybe it’s my own bias for stories that use the ‘childhood friends’ card; I always feel that the relationship between children are a lot more direct, honest and simple (e.g. not manipulated by hormones yet). So anyway, the three main characters are 1, the heroine (Chihaya), 2, the transfer student who introduces her to karuta (Arata) and 3, the bully/friend (Taichi). I’ll be going off on my own rant about it from here on, so spoilers will follow. But if you’re like chungky who went all “Well,

don’t mean to spoil it for you, but looks like the bully’s gonna get her,” when I’d only explained what characters were in the story and nothing about storyline, then we all never had to worry about what ultimately would or would not happen.

BUT THAT’S THE THING!! END_OF_DOCUMENT_TOKEN_TO_BE_REPLACED