Record of the Fallen Vampire Vol 1

Title: Record of the Fallen Vampire

Summary: Thousands of years ago, Vampire King Akabara “Red Rose” Strauss lost both his kingdom and his queen. Since humans were unable to kill the queen, they sealed her away, erecting thousands of fake seals so that the king would never find her true location. Despite being pursued by relentless dhampires, Akabara continues to search for his queen to this day…

Akabara’s quest takes a sinister turn when an entity called the Black Swan appears. The Black Swan inhabits the body of a young human girl every 50 years, giving her the power to destroy the Vampire King and his queen. With each incarnation the Black Swan grows stronger–will the 49th Black Swan mean the end of Akabara? -Viz Media

First of all, I’d like to dedicate my love for this title – Record of the Fallen Vampire – clearly not your every-day vampire manga. So forget Twilight or Vampire Knight for this short moment because this is unlike any vampire themed story out there. If I had one word to describe this story, it would be epic. Not the ‘that’s epic dude/man/guys,‘ sort of epic, but more like an important-piece-of-history kind of epic. If you’re still not quite sure what I mean, the bottom line is that this isn’t a story for everybody – can anyone read poetry and expect to get it right away?

Record has a very serious tone with some gentle dark aspects, but I wouldn’t call it scary or gloomy. It bears similar traits to a history book with myths and legends; the author really went out to do what he decided to do – a record. Some may find it confusing since the first volume transports the reader into three periods of time. Another big stray in the story is the fact that the protagonist is a tragic hero – he isn’t a bad man, but he isn’t completely innocent. Definitely not your typical head-strong chatty hero with a hidden lion heart. There’s no blood-sucking involved – the vampires are presented as just being stronger human beings who can perform magic and age much slower, and are faced with discrimination. 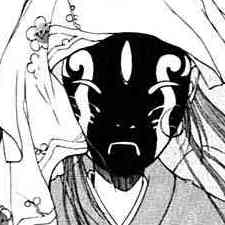 The art is nice – lots of fine details especially with coloured work, but I thinkcompared to other vampire themed mangas out there it’ll probably be just above average. Mangakas seem to love drawing elaborate, exaggerated and detailed art for super-natural beings like fairies, vampires, magicians etc. The action scenes can be a little confusing(on the other hand manga action scenes always seem to confuse me).

Record presents a vampires themed stories in a very different light – I even dare say a whole new dimension. A tragic hero hunted by a never-ending curse – how did he end up this way? Lots of depth and complexity, story-telling and some fighting…all you have to do is read the records to find out.