This post is EXTREMELY late!!! It’d probably be a good idea if you just read it as if JManga was just launched… 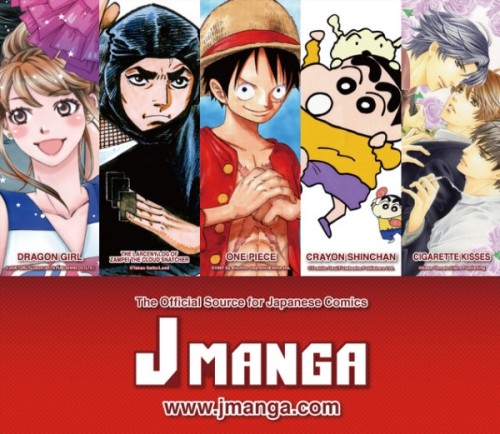 A couple of months ago, I was prepping up a post about my 2 cents about the scanlaton community and the coalition. I eventually abandoned the post because of my severe case of laziness, lack of inspiration, as well as no courage. In hopes to revive the declining sales of manga, JManga was recently launched and my interest in the subject has been renewed. Now my information on JManga is outdated since I only caught up with what was going when it was first launched. Even so, I don’t have a 1st hand observation since I’m based in the U to the K. So if anything I say is totally old and irrelevant, I’d be happy if someone corrected me.

What is JManga? To put it vaguely and simply, a legal manga aggregation site. I won’t go on about what it is since many other sites have done so and even better than I, but I do strongly recommend reading About.com’s posts on JManga which you can find Part 1 here and Part 2 here. A good chunk of my thoughts about JManga I have shared on on Organisation ASG’s post on JManga which you can read here. I recommend this post as well, it has many various initial perspectives on JManga.

In the Organisation ASG post, an extremely basic summary of what I mentioned on on the JManga post is that I thought it was far too expensive, had funky quality(which I’m sure has all improved by now?) and well, to simply put it…What else does it have? It’s legal. Okay, good. What else does it have? Erm, nothing, maybe?

In theory, as long as you’re a fan of manga or part of the scanlation community(or both), JManga is suppose to have some impact on you whether you like it or not. Reading tweets and articles about the JManga panel at the Comic-Con in San Diego, one very good question was brought up and was booed for. “What can JManga offer that you can already get from fan translations?”

Boo? Seriously? Strictly speaking, yes, scanlations are illegal. Scanlations is a very grey area and something I feel very difficult addressing and I’m sure not everyone shares the same idea. Regardless, they are very important to the fandom and you do not want to alienate scanlators or scanlator readers. JManga has the potential(and probably aim) to put the end to what I call the ‘Laissez-faire attitude,’ which I will now talk more about.

What is the Laissez-faire attitude? If you’re not sure what ‘Laissez-faire’ means, it’s basically a term for an attitude of “let it be” or “leave it alone.” The scanlation community has not faced a threat until the high profile closure of OneManga. But in internet time, people move on quickly and the resources to combat internet piracy is a tough one so, everything returns to normal and as I call it, the ‘Laissez-faire attitude.’ Many readers become accustomed to what has been going on for years and maybe the publishers have adopted this attitude too, since its a rather long and windy road. Some publishers have also admitted to some benefits to scanlations in terms of picking which title to license.

I’m not sure whether the percentage of the scanlating community wanting to help the industry is healthy, but there is definitely a group. Scanlations was created to popularise manga, make it reachable for a community who did not have access or knowledge of the language. It was for hopefuls to get the title of concern licensed by an international publisher. It was never meant to replace the original and the official, but yes, it should also be acknowledged that some do not share the same sentiments. But here’s the thing, some scanlations have the potential to be the original and the official.

The scanlation community, should really not be underestimated. The question is not how to point fingers and strangle the scanlating community but how to get them to jump onboard JManga. In About.com’s JManga interview, the prospect of collaborating with scanlators is opened up which I believe could one of the best ways forward. The scanlation community already have the foundation ready.

In the publisher’s perspective, they may look at scanlators and say ‘look at at the cheap labour!’ I mean, scanlators are doing it for free anyway right?’ 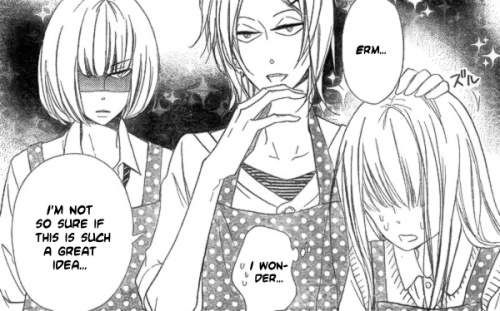 In a fan’s perspective, it seems unfair and gimmicky, but in terms of getting affordable manga you can get legally, this could be one of the most viable ways forward. Its really just like companies moving their factories into countries with an abundance of labour. It would be more cost-effective and therefore making products more affordable. But maybe, some scanlators don’t mind about the money issue, maybe they just want to support their favourite manga artists, and perhaps finally, legally.

In my eyes(more like, mind), JManga’s intent is to put an end to the Laissez-faire attitude that we’ve all been holding on for so long. Some may see it as an obstacle, some may rejoice, whatever it is; if you’re really enthusiastic about helping the industry, there is nothing to be cautious about regarding JManga. Whether the feedback is good or bad, it will always be better than none at all. It will only improve from now. Of course, piracy(what a fancy name) will always be present(though not 100% effects are bad).  JManga is an answer to the disadvantaged in a legal manner. But of course, when you’re competing against something that’s free, you’re so very obviously disadvantaged.

Next issue? It’s not just scanlators you want to deal with, but the scanlation readers. At the moment, JManga is really just on the route for “manga aficionadaos,” then that would probably mean the Laissez-faire attitude will continue. So here, we re-visit the question – “What can JManga offer that you can already get from fan translations?”

I think the best way to describe JManga; when fully equipped with what’s promised, could be like a Rock-star’s concert(drawing inspiration from the music industry). Tons of singles are leaked online all the time and I think  fans and non-fans alike download them. However, when a rock-star tours around cities and around the globe, people pay hundreds and even thousands to watch a concert. Perhaps JManga is the key to be able to unlock that door, into replicating the success of a concert. There are many out there that love their favourite manga artists just as much as they love their favourite performers.

Imagine Q & As with your favourite manga artists, editors, industry leaders. Imagine manga artist autographs, official merchandise all channeling through JManga, the ‘to-be’ ultimate manga portal. A bond between fans and industry leaders involved in the process to me, is like the Real Deal. Of course, we’d have to be considerate since most people involved in the industry don’t have that much spare time on their hands.

I don’t have a lot to say about the point system(lots of gaming sites uses this model), but I’d also like to see a loyalty system in place! Such as accumulating loyalty points like many Japanese retailers have, e.g HMV Japan, bk1, Amazon Japan…

You could use these loyalty points to purchase new chapters, or merchandise! Or maybe competitions via social networks such as Facebook & Twitter with discount codes for the wins…? Or other Prizes maybe? E.g 1st [insert number] customers to purchase [insert favourite manga title here] volume 5 will get a free poster/other merchandise/MANGA ARTIST’S AUTOGRAPH???

Ahem, getting a little carried away…in any case this prospect is what I think of as the extra service that probably only JManga is able to provide in a legal method, as a manga aggregation site of course. Pretty sure this is all in the works, it better be. The idea of filling in the big gap between the Japanese manga industry vs International(I keep using international since I’m not from the U.S to the A) is striking, I think lots of people(at least moi) look forward to the same privileges that the citizens of the motherlord of manga have(Japan).

You might perhaps, suggest that introducing all these extras now would mean JManga is running before learning how to walk. But, I see the portal as having skipped the walking process already since the translation & editing are in a bit of a jingle(sort of like serving uncooked meat patties) How else is the public going to show their support when they don’t think it’s worth buying? Being ‘official’ brings many benefits and I think they should be taken advantage of.

In theory, JManga is really something that would be forcing all manga enthusiasts to react and be affected by. A lot of effort would need to be put in to make it a success, especially since we’ve seen some attempts pop up then die down a couple of times. JManga could be the stamp on the ground, though maybe for some folks out there, they prefer the ‘Laissez-faire attitude?’

Honestly speaking, I’m not sure if its a good idea to published this…But, erm, well. Fin.