One-Shot for a Weekday – Shisei (刺靑)

Forbidden to be together in the world they live in, two young lovers remain as one. They find a means to preserve what they couldn’t have, that they will be together their hearts, all in a form that is etched onto naked skin.

Published as a one-shot in 2009 in Melody magazine by Hakusensha.

Here is a relatively short one-shot for a week-day, it spans about 22 pages. I’ve been going through a lot of short one-shots lately and though there aren’t that many pages, they still manage to make an impression. This is a period love story where a couple is forced to separation because of one’s profession and social standing. It is amazing how people can always find ways or means to be together again. In this case, with a tattoo. A permanent mark on the skin, to represent undying devotion or to say “I’ll never forget you.” As they forge a unity that would mean only in their hearts or distance. Perhaps that would be enough to keep them going, as they hope to be united again; in the future, or in another life-time.

The Thing About Blood-C

I have to admit. When I saw the Summer Anime Line-up I just thought it was ok. Most of it didn’t really catch my interest, and ironically it those that I wasn’t so pumped up about that ended up being the ones

I loved the most; Mawaru Penguindrum, Kamisama Dolls and – oddly enough – The iDOLM@STER. On the other hand, one of the more anticipated ones turned out to be a huge letdown – namely, Blood-C.

There are a few spoilers in this post, but nothing much contributes to the story since nothing much happens so you probably won’t have to worry.

I was really excited. Blood + was among the first non-childish anime I watched, and it made a pretty big impact on me. There’s also the whole CLAMP production that got my attention – I wouldn’t say I’m a huge fan of theirs, but I do like their works. That was the driving force behind me grinding my teeth and watching the first few episodes of Blood-C until I finally gave up.

END_OF_DOCUMENT_TOKEN_TO_BE_REPLACED

A girl finds a strange tiny man riding a bee.

Published as a one-shot in Afternoon by Kodansha

Finally, my busy days are almost coming to an end! As usual, it’s been a pretty hectic week for me with not much rest even for the weekend. Still, my internship period is almost over after which I can go into temporary NEET mode for about a week XD

After all the rushing around, I decided to choose a super calming one-shot for this weekend. I suppose the whole ‘bee’ theme baited me – I really do love bees. Even if they sting me I don’t kill them. But in the end they die anyway and it makes me very sad =(

Kumabachi no Koto is only about 20 pages long, but those 20 pages have this amazingly therapeutic effect. It’s just about a girl meeting a small man, but everything from the progression of the story to the 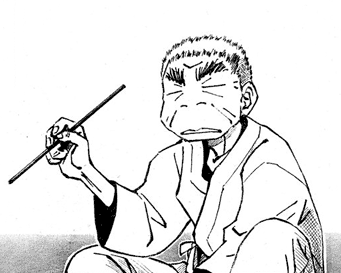 dialogue just had a special something that just really relaxed me. It’s one of those ‘special encounters’ sort of story, but done in a very simple manner. A small spice in your everyday life, if you will.

Well now. Time to get my carrot cakes out of the oven =3

Have a nice weekend!

Tagged as Ashinano Hitoshi, くまばちのこと, Kumabachi no Koto, Manga, One Shot, Seinen manga, Slice of life, The Thing About Bees

One-Shot for a Weekday – Ovally Trap 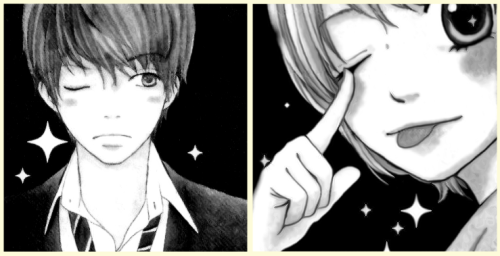 Tokunaga-kun, Chiharu Taniyama’s classmate and recent neighbor, is always laughing at her, and it annoys her to no end. How can she be cute? Then, she finds a magazine with tips on being popular. Will she get her revenge on Tokunaga?

Published by Shogakukan in 2005.

I’ve been a growing fan of Usami Maki ever since I read Kokoro Botan/Button. After reading Ovally Trap(not a very appealing name I must say); I think its the one-shot that initiated Kokoro Botan even if the publishing date between both is 4 years apart. It’s a nice simple one-shot where a boy and girl go through a little series of events which strengthens their attraction. Of course, you know the drill, this eventually leads to a confession. Like Kokoro Botan, the male

lead had a polite appearance but mischievous & manipulating personality so I instantly clicked with this one-shot! I quite enjoy the manipulation in the story! The female isn’t a silly little girl even though she has that child-like innocence and I really like her honesty. I strongly recommend this for a good dose of shoujo manga cute-ness. Usami Maki is great with stories like this. 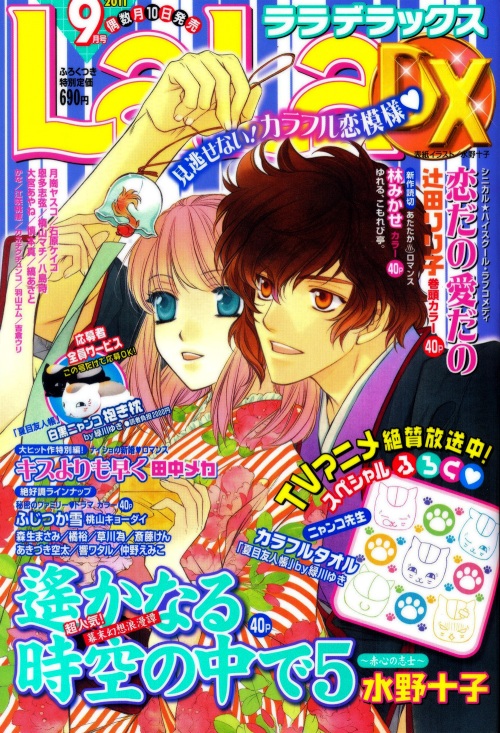 Okay, this sneak-peak post is way overdue. I meant to complete this in August. August was actually a big fail since M.W only churned out SIX posts. Ah well…look out for Monthly Lala 10 soon. I need to get going with these posts since I’ll be travelling soon, so no scanner. I’m hoping to introduce a new feature post on M.W so please stay tuned…

This issue of Lala DX is like, the ultimate love issue for most of the serialisations(the ones I actually go through)!!! Lots of Kisses! It’s about time since I’ve been coming across all these serialisations ending with no love. Haruka takes the cover this time round, Tohko Mizuno is a very busy manga artist y’all. END_OF_DOCUMENT_TOKEN_TO_BE_REPLACED

Manga-ka of the Month – Watsuki Nobuhiro

Responsible for the creation of Rurouni Kenshin – one of the most popular and classic manga of all time – Watsuki Nobuhiro’s path towards manga artist started long before he was even known. He started drawing manga by following his older brother when he was still a young boy, and continued even after his brother stopped. END_OF_DOCUMENT_TOKEN_TO_BE_REPLACED

Another rare post after some time! Anyway, about two weeks back I actually went over to STGCC at the Suntec Convention Center in Singapore. It lasted for two days (where I watched FMA: Milos no Sei naru Hoshi on the evening of the first!) and I went for both, although honestly speaking it was just so I could just walk around and look at the cosplayers. 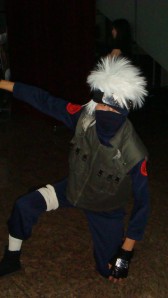 What I like about all these anime events is that you get to see all the cosplayers strutting their stuff everywhere. The first ones I saw were TK, Naoi, Otonashi and one other character from Angel Beats! Sure I saw 5 different types of Ichigo (Hollow Ichigo, Bankai Ichigo, Not-So-Tall Ichigo, Round Ichigo etc.) and every other person seemed to be dressed up as Hatsune Miku from Vocaloid. Even the twins(?) Rin and Len sorta multiplied into decaplets instead. I even saw Krad, and as impressive as his wings were I wondered if he’s been recycling his costume ever since D.N. Angel was in its prime. It was really exciting to see more recent characters like Menma from AnoHana, Kotetsu and Barnaby from Tiger and Bunny and Madoka from Madoka Magica.

Anyway it’s a really fun experience – personally I think it takes a lot of courage to dress up in cosplay. Some people brand you as being overly showy, going overboard or just being an attention whore. Some people just don’t have the time to do all the prepping that’s needed. For others, there’s the stigma of being labelled as an ‘otaku’. Whatever it is, events like these give you a really good excuse to just go out and have fun and since everyone’s wearing a neon coloured wig, it doesn’t seem as socially awkward and bizarre. So first of all, I didn’t have much of an intention to take real photos so I just brought my normal camera instead of asking my bro to take along his big guns. As usual, my camera died halfway so some of the photo qualities aren’t that great since we used my bro’s iTouch. I’m also a wuss so I was too shy to ask the nice people to face this way when taking their picture. Anyway, I think most of it turned out okay, so here they are!

May the force be with you

END_OF_DOCUMENT_TOKEN_TO_BE_REPLACED

One-Shot for a Weekday – Toujuushi

A.D 70, the Roman Empire had nearly overtaken all human civilisation. The imperial empire soon ventured across the lands of the orcs and Albion, the land of Wyverns. As one Roman soldier is defeated by a great Wyvern, his encounter with the being changes the life of his son forever.

Okay, making up for last weekend’s one-shot post. I didn’t really know what to expect when I began reading this one-shot. This was totally out of my range  I mean, yes, it is shounen manga but it’s art was also very different since its sort of old school and seinen-y(lol) with that impeccable eye for detail (maybe like manga like Berserk?).

Anyway, this was a very nice read. You’ll probably know where the story will head but it reads a bit like an epic piece (I mean the term ‘epic’ as oppose to meaning ‘mindblowingly awesome’ that’s used colloquially). It sort of follows the epic hero plotline which is why it may feel so familiar.

What I really liked about it was the clever of marriage between history and old folkloric fantasy which made it seem so real. It can almost convince you that Wyverns do exist and they were just slaughtered to extinction by the Romans. It reminds me of stories like King Arthur or Gawain and the Green Knight for example. This one-shot promises a bit of adventure and is very heart-warming as we see a human and intelligent being share an incredibly close bond that one might only imagine between a father and son.